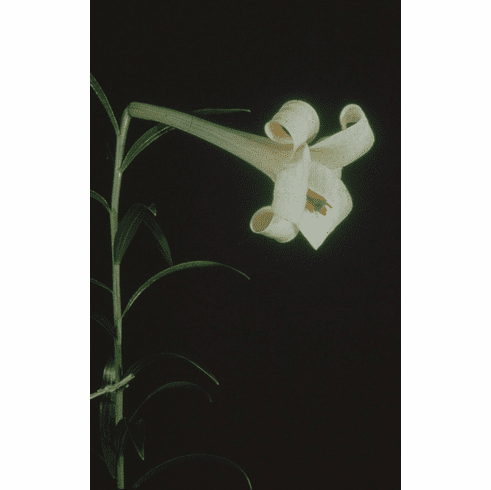 (Species / Wild Lily)
Found further south than any other species, a native to India, the flowers of
L. wallichianum var nielgherrense are very narrow, flaring finally at the end of their trumpet shape. Best suited to a cool greenhouse, planting in the open garden nearly always meets with failure. The stems of this species run underground for some distance before emerging. Up until recently, the
'var. neilgherrense was regarded as its own species unto itself but is now considered a variant of 'L. wallichianum. It is a very tender lily and is best grown in a cool greenhouse for protection from winter cold.

Photo inset #1 is from the Bill & Mary Hoffman collection of species grown and photographed by Edgar Kline.