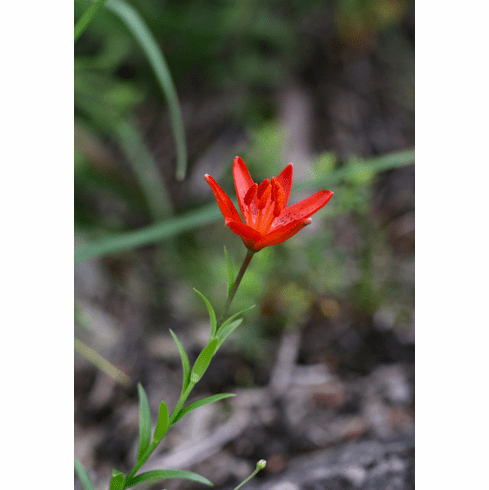 A rarely seen form of L. concolor, the var stictum are easily distinguished by their numerous spots. Originally coming from Shandong (Hooker 1872) it was found among a population of both yellow spotted and unspotted flowers according to Derek Fox in his book 'Growing Lilies'. Extremely rare in nature and the true variant never known to be in commerce. One interesting trait of this lily is that it is reported to increase by naturally splitting its bulb (natural bulb division).

Our photo was graciously provided by Hiroshi Moriyama and is the only known, published photo, of this rare variant. While there are a number of photos on the web labeled of this variant, all appear to be L. concolor var. puchellum as none have the black spots. Copyright Hiroshi Moriyama, all rights reserved. Used with permission. Thank you Hiroshi.