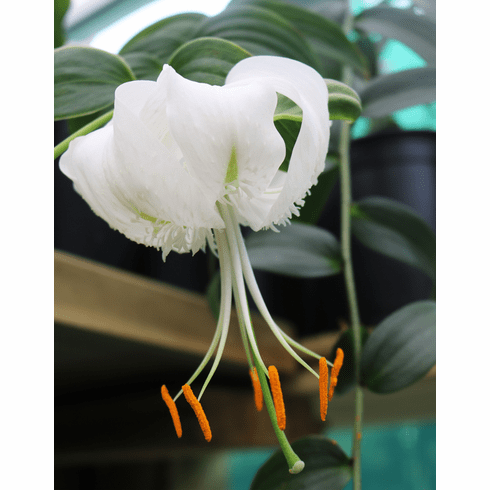 According to Derek Fox in his book 'Growing Lilies' this was originally collected in the 'Lushan' mountains of Jiangxi (formerly known as Kiangsi), China. Of the three collected variants, 'var. album (Masters), var. album-novum (Mallett), and var. kraetzeri (Grove), the var. album-novum is considered to the of superior quality and substance and is known by its yellow pollen rather than chocolate-red of var. album or the orange pollen of var. kraetzeri.

Listed by the RHS as being a clone, our title photo is courtesy of Martin Toon from the New Zealand Lily Society who grew this lovely example from seed. Copyright Martin Toon, all rights reserved. Used with permission.