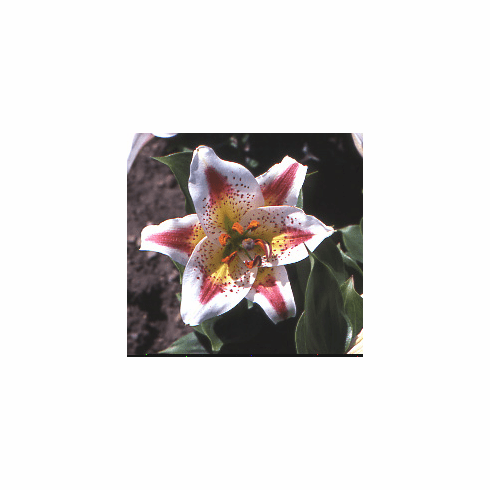 (Species / Wild Lily)
A selection from 'Pictum' seedlings by J. S. Yeats of New Zealand in 1953, and sold under the name of 'Pigmy Pictum' it became known as 'Little Gem', after coming to America. The late Mr. Harve Strahm of Brookings, Oregon worked with this lily for years, but finally gave up due to its resistance to make large size bulbs. Typical three and four year old crops produced only three to four-inch circumference bulbs with anywhere from two to four noses, which would only have one or two flowers. It was also prone to botrytis during the summers and rot during the winter months while dormant. Title photo copyright B & D Lilies, all rights reserved.